Since Slg. Zau Maw* quit using drugs, his past still brings him nightmares. “It troubles me a lot” he explains.

The 57-year-old father of nine is trying desperately to improve his life after a year addicted to drugs. Working as a farmer as well as doing other casual jobs, his family rely on him as the main earner. With two teenage sons, he wants to be a good role model for them, but the impacts of his addiction continue to cast a shadow.

Being addicted to drugs lost Slg. Zau Maw the respect of his friends and community. He has been excluded socially which has left him feeling depressed.

“Nobody is willing to talk with me. Although I try, they avoid me. I am not able to participate in any community events”.

Drug addiction is a significant issue in Kachin State with many people facing similar challenges. The ECID programme started awareness raising sessions on human rights and health knowledge for marginalised groups, such as people who use drugs, to give them the proper support needed to rehabilitate and integrate back into society. Organised by our partner Alliance Myanmar, the monthly sessions take place in Myitkyina, Mogaung and Wingmaw Townships. 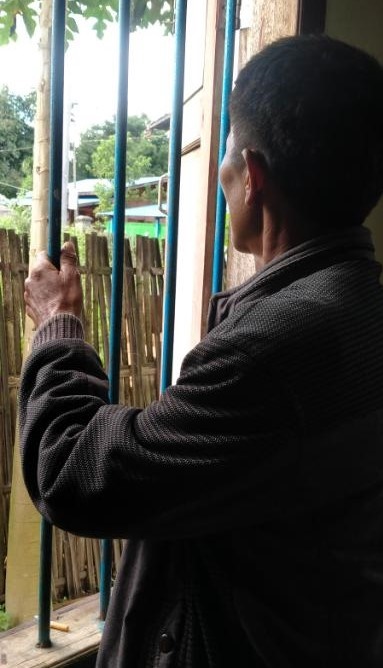 Since attending some of these sessions, things have started to improve for Slg. Zau Maw who now knows his rights and how to access the essential services for rehabilitating from drug abuse.

“By having these sessions, I get to know how I can quit from using drugs and where I can find support”

He has also used what he has learned to support other people in similar situations by speaking out about the issue of excluding people who use drugs.

“I used to explain to my family that there should not be discrimination of drug users and we need to support them. Now, I dare to speak out to everyone, including community leaders”.

During July to September 2020, Alliance Myanmar have delivered seven human rights awareness sessions through the ECID project. A total of 106 participants including people living with HIV, female sex workers, male homosexuals and drug users have attended these sessions.

*Name has been changed to protect this person’s identity. Their consent has been given to share their story.