ECID in Myanmar is working with marginalised communities to realise their rights and improve access to services.

A history of colonial rule followed by periods of conflict has shaped current power relations in Myanmar. Culture, traditional and religious practices have a strong influence on what is seen as ‘normal’ and accepted by society.

All of this influences discrimination against certain groups, often minorities or those who are different, excluding them from access to basic needs such as education, health and wellbeing or employment.

Excluded, marginalised people in Myanmar experience many hardships. As well as being excluded from services or areas of society, they have no voice in decision making groups that could change these circumstances. Their stories and experiences stay invisible; they do not appear in statistics and official data.

We are working with people who face discrimination and experience exclusion from basic services and social or political life, in the states of Kachin, Kayin, Mandalay and Yangon.

Our focus is on empowering people by bringing them together, creating space and opportunities for them to build their skills, identify challenges and plan actions, such as advocacy to bring about the change they want to see. Building evidence for advocacy, through community-led data collection, is a key element.

A teacher excluded from receiving food and healthcare support 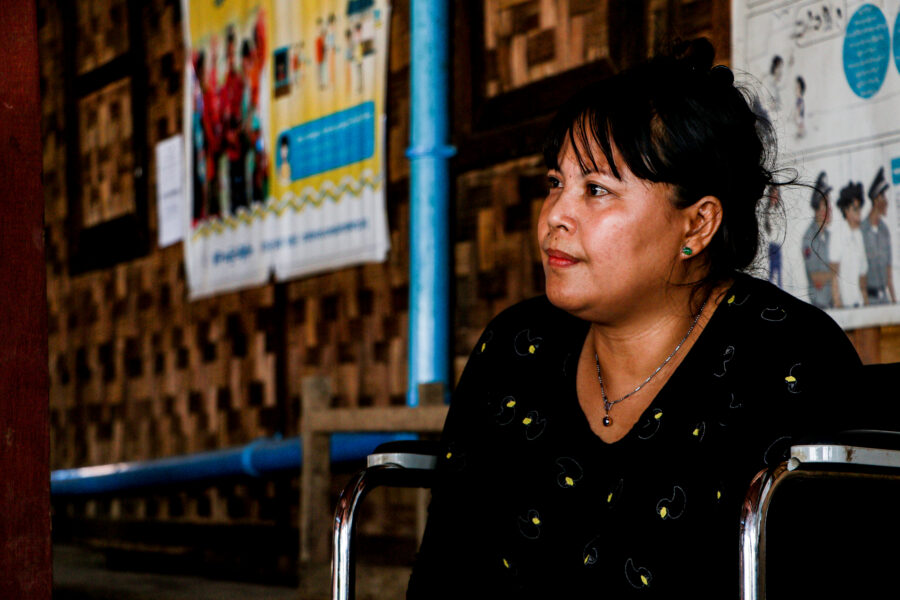 Daw Seng Nan has been living in a camp for internally displaced people (IDPs) in Kachin since 2016 after escaping fighting between Union Military and the Kachin Independent Army. Disabled since childhood. Although Daw works in the camps as a primary school teacher which gives her a small payment, this doesn’t go nearly far enough so she relies on food provision from non-governmental organisations (NGOs).

Daw has reported that those with a disability are excluded from basic services in the camp, including health care services and food provisions. The impacts of this have been made worse since lockdown resulting in loss of livelihoods for many, including herself, while schools are closed.

The ECID programme in Myanmar advocates for the rights of people like Daw Seng Nan. By focusing on marginalised groups such as IDPs and those with disability, it strengthens their capacity to engage with stakeholders and improve their human rights and access to basic services.

To develop and deliver project activities we partner with local organisations.

The latest news, views and insights from the ECID programme in Myanmar

Find out about the research being conducted in Myanmar for the ECID programme.